Once a year go someplace you never been before, Dalai Lama

GREECE! April 2018. My first sailing trip since a while. I’ve been sailing in Carrebean ( around 10 years ago) and that was the time when I really fell in love with sailing. One thing is to sail along the river or take a lap in the sea, but the clear blue ocean does the magic 100 times better. My second Sailing experience abroad was in Italy from Sardinia to Sicily. And this time it was Greece- Dodecanese island group. Without any specific plans to visit certain islands, but to enjoy the wind and sail where we can.

Our journey was unpredicted, as we didn’t know how the wind will blow or whether the sea will be calm or stormy. We had a team of 7 people. 2 guys who could sail like pros and 2 guys who did all the rest of the hard work, then 2 girls who was very into helping & me who just wanted to sunbathe and enjoy the sail. 🙂 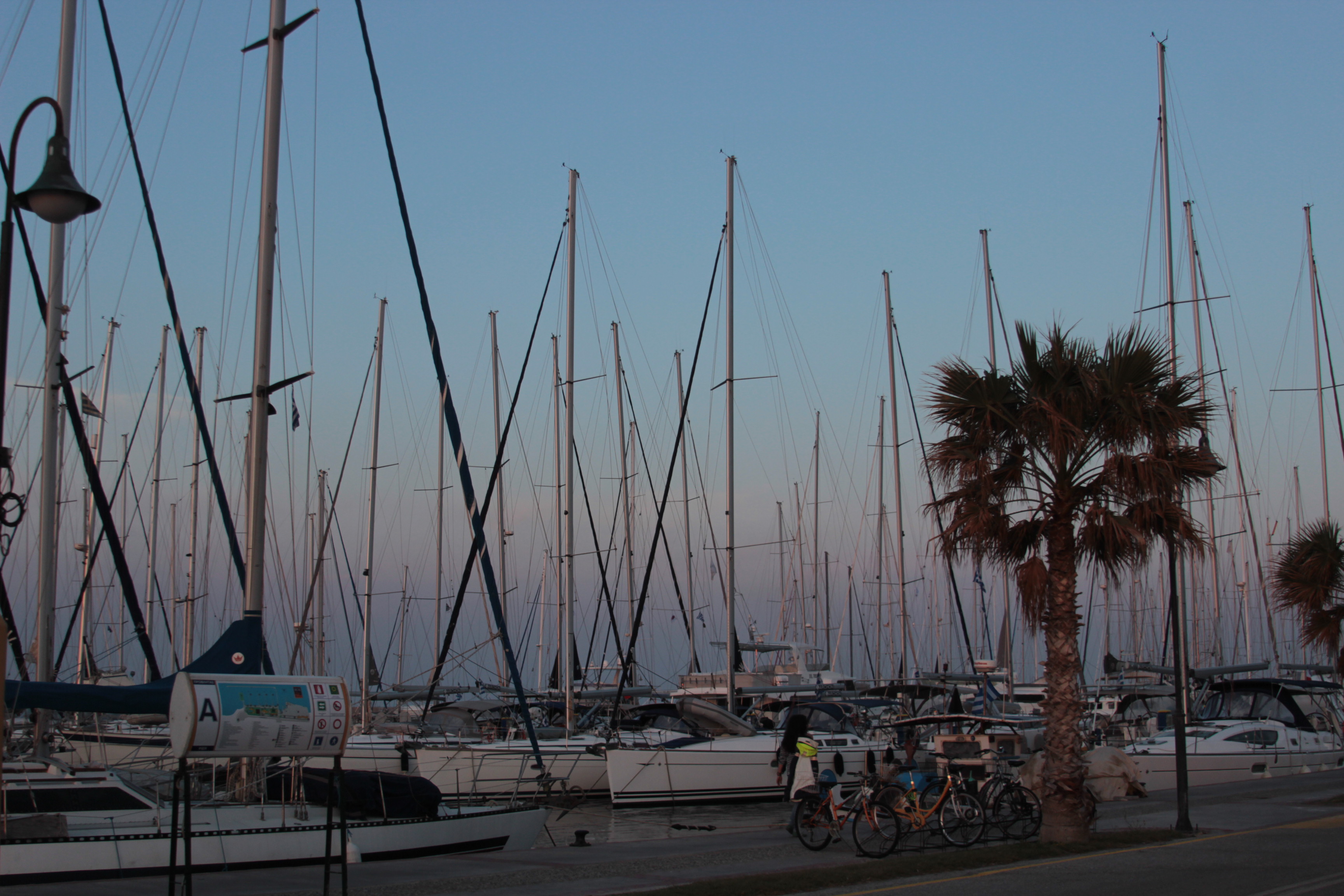 Kos – is a pretty large island and I we had a stroll through Kos old town on the last evening of our trip when we slipped away from our group & enjoyed a calm and romantic dinner in Italian restaurant 🙂 We eat a very tasty pizza, sitting in the middle of the narrow street. Bottle of white vine was the most expensive thing during this trip ,as Greece is not very expensive place for eating out. Usually one meal for a group of 7 people with starters, house vine was around 120-130 euro.

“When you want something, all the universe conspires in helping you to achieve it.”

Or first island was Kalymnos- a very very diverse island. The central part of the town was very lively, full of people in any age. Eating out, drinking vine or beer & having a long conversations. But we thought that we have to get up on the mountain to see the town from the side, so we got up on our feet early the next morning. First everything looked clean, white houses, blue stripes un the steps that led us closer to the hill and it took just few minutes to get that NARNIA feeling. Stepping through closet doors and entering some other reality. Dirt, odours, stray dogs and cats and empty houses. It looked a bit scary. It was sunday, so everyone was at the churches- they are very religious. But over all this island was worth visiting. Oh, almost forgot- DOLPHINS! They accompanied us for quite a time. 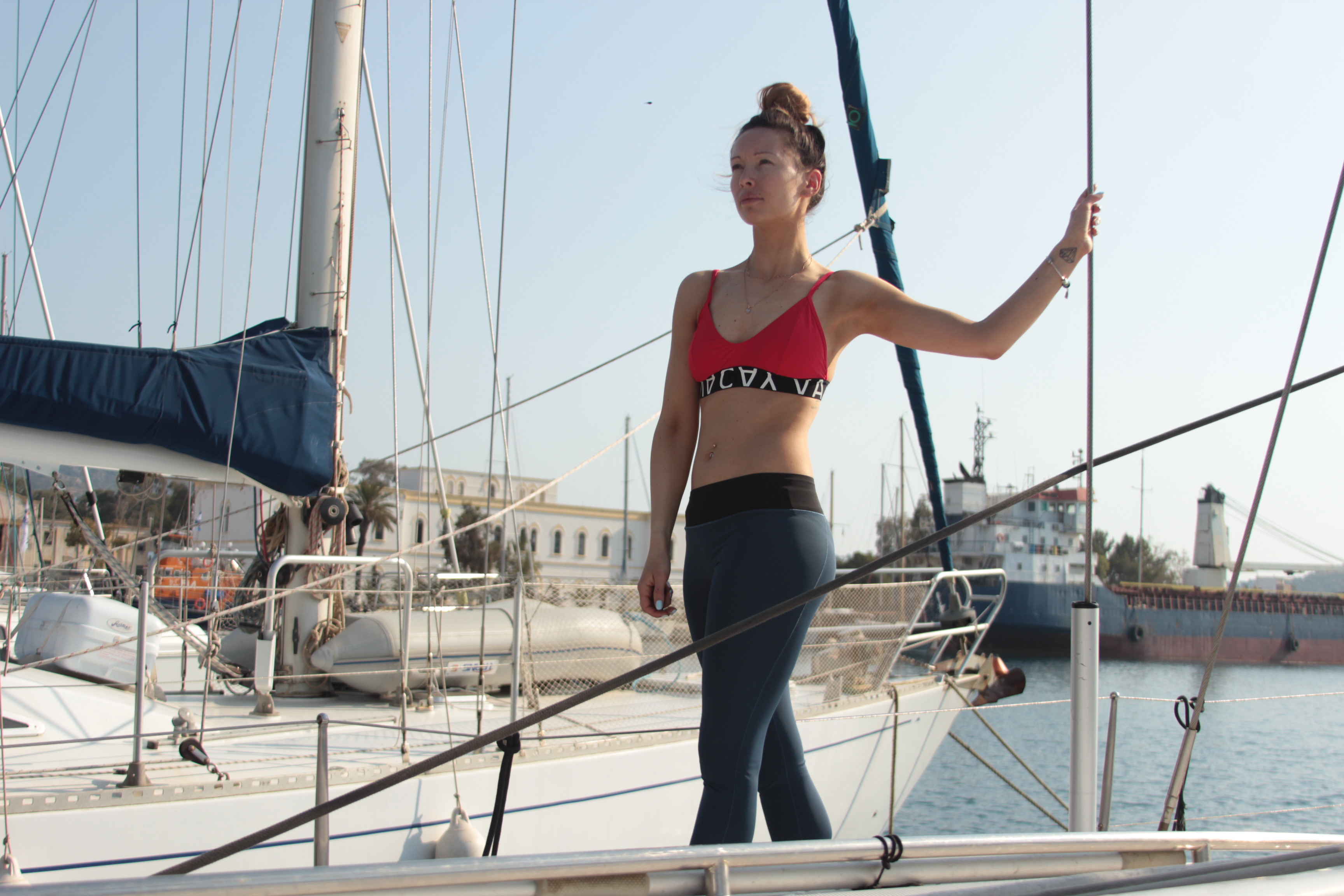 Don’t listen to what they say. Go see.

Next stop Leros. This was the island of contrasts as we sailed to the harbour in Lakki. Very industrial town and on a sunday it was totally empty. Felt a bit strange, as there were no tourists at all, even locals we met just few. But the best thing you ever can do while travelling- ask locals for tips. As a result we found out that all the real life is on the other side of the island. 10 minutes later we got a taxi and took a ride to the best seafood restaurant on the island. It was very lovely to sit on the beach and watch the sunset hit the windmills  on the top of the hill. This island left me with  a feeling I could stay there for a longer time, as I went for a morning run along the coast- so beautiful nature and the place felt so calm.

Next island was the whites of them all- Lipsoi. I felt in love already while approaching – it looked like a painting all clear and polished. I counted around thirty churches as far I could see. Here we had the best dinner during or trip. The owner of restaurant got for us a guitar so we sat there for few hours drinking vine and singing songs. Next day I was looking for a shop, but couldn’t find one. That was so strange- but there was a lovely bakery where we got pastries for everyone. By  the way we were almost by the yacht when we the guy from the bakery caught us with a scooter and brought us 2 more pastries he forgot to put in the bag. It was so, so sweet  of him, I bet we wouldn’t even noticed.

Life is like  sailing. You can use any wind to go in any direction. 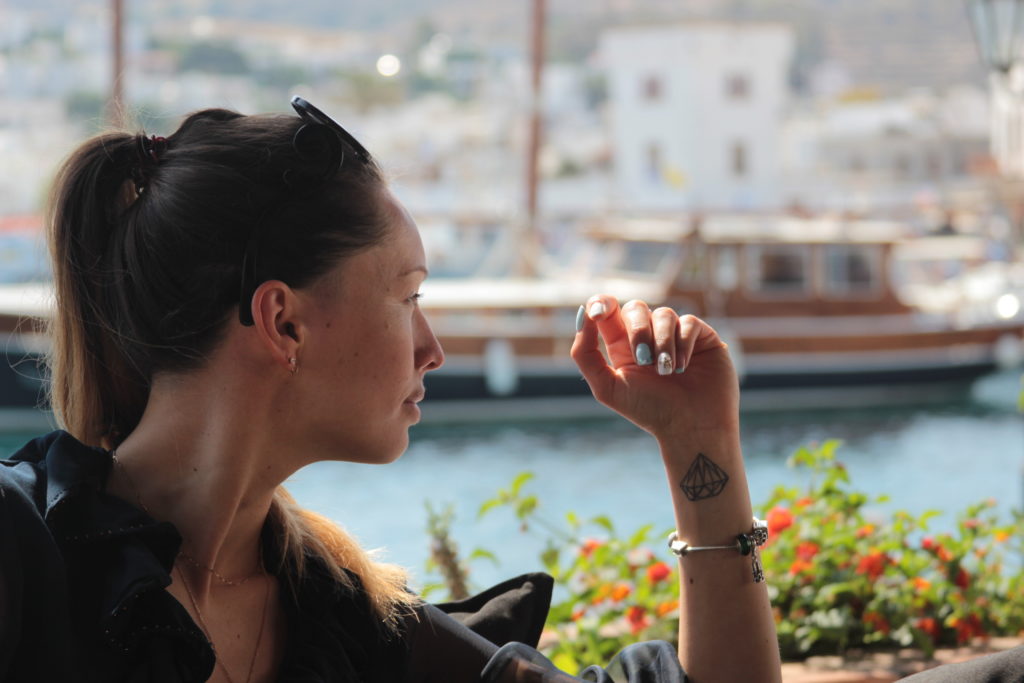 Patmos – the most touristic island of these all.  First of all – too many people, I really mean – way too many. Island was full of tourists from many cruise ships that arrives there every day. From the post you can see a very majestic Monastir on the top of the hill and sure it’s where the old town and castle is located. Be aware, if you want to get up there you have quite a few options not only one. Why I say this? Cause taxi drive there is the biggest business. A roundtrip costs 50 euro and that’s it! If you are a group of 5, then 10euros per person is ok, but we were 7. Second option is to rent a scooter, but you need  a valid motorbike driving licence. Third and I believe the best way it to move your body – we found on a map the old road and climbed up to the Monastir. It wasn’t hard at all. The view was magical. And if you ever get to the Patmos- don’t hesitate to go up there and visit Chora ( the capital city) and the castle of Patmos. 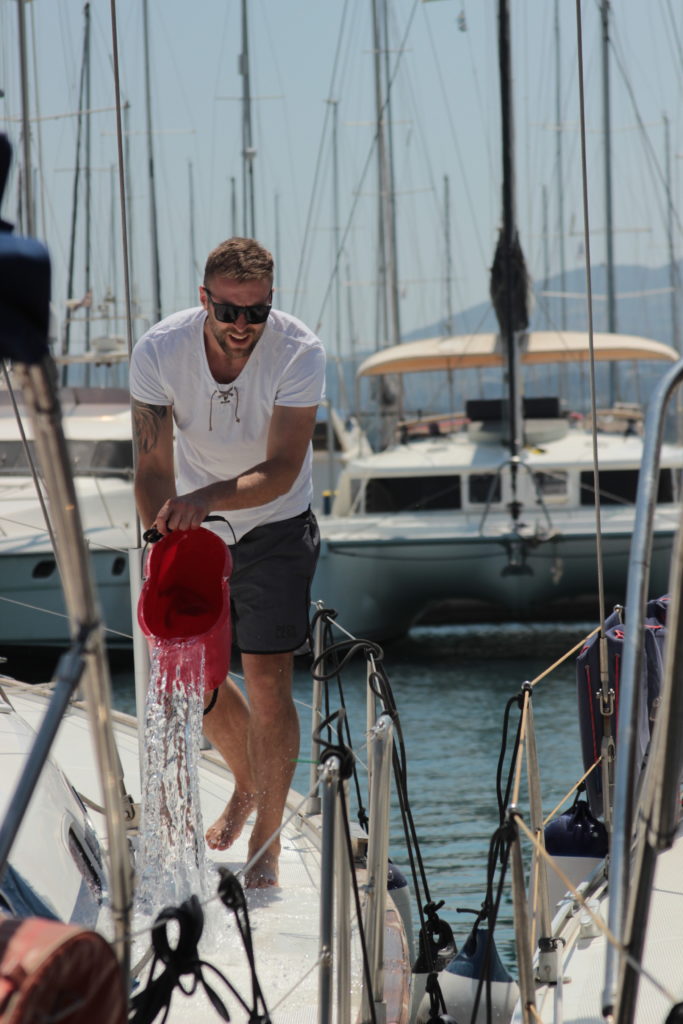 By the way Patmos was the only island where we saw shops- local shops with clothing, jewellery and different kind of Greek goods. No modern shops like Zara, Mango or similar on any of these islands. So most of the time there is no temptation to spend money on things you even don’t need. And for me we had the worst dinner on this island- it was plain and quite expensive. Next day we went again for a walk and found a pretty cliff by the sea with stone stairs with access to the sea- we had such a nice swim. So my conclusion to this island would be- it’s beautiful when you’re away from the crowds of tourists and main shopping streets, but the Chora and the castle was very impressive.

Life experience brings out different emotions and different perspectives on things. I just want to be constantly evolving.

Last island we stepped on was Levitha. From the most touristic island we went straight to the most nomad island on this trip. Levitha is a gem, with only one house where you can go and have a beer or perfectly cooked lamb. This island doesn’t have a port – so there were two options how to get to the land- get on the dingy or swim! So I went for a dive and had so much fun swimming to the shore. Amazing, amazing island and if you ever have a chance to go there- please do! 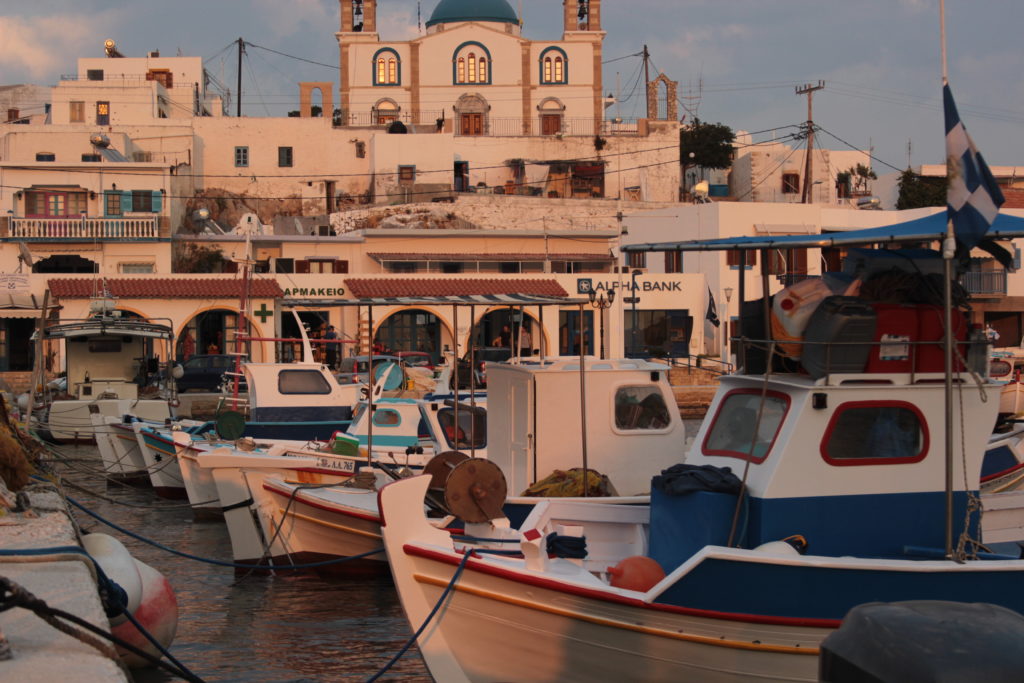 7 days was not enough, I would say that two weeks in Dodecanese would be perfect to explore it the right way. If you sail around you don’t need hotels, you sleep on the yacht, you can cook on the yacht & you can shower there. Travelling like this is so amazing. Love it so much.

P.s. Our yacht was called FARE NIENTE ,  so I did exactly what was told 🙂 more pictures HERE

Few numbers from our trip:

I’ve got a crush on the Greece

What do you think? Cancel reply